DOES A NEW ENGINE RESET THE ODOMETER?

Does a new engine reset the odometer? This is the question that many people ask when they consider upgrading their cars. Despite the value that your “best buddy” might hold for you, it is still made out of metal. Hence, time by time you will have to consider making such significant upgrades. It is a widespread belief that installing a new engine resets mileage automatically as it is the main car component.

Why do people replace engines?

Installing a new engine is a major improvement that can significantly lengthen the life of the vehicle. Whether you want to give your car a performance boost or replace the faulty engine, you may have to break the bank. Even if you follow all the steps to keep your car in a good condition, you may still encounter certain unavoidable problems.

The answer to the question “if you get a new engine does the mileage change” is quite simply a no. Even so, you must be aware that this one-time investment can solve a much more important problem – your fuel-efficiency issues. You can simply calculate the cost per mile and compare your performance stats to the average figures provided for that exact model. If you notice that your “best buddy” has below average mpg, it may be caused by the engine issues. It can also cause performance issues and struggle to meet your expectations. If you admire speed most likely you will consider replacing the engine ASAP.

How much does it cost?

If you have ever asked your mechanic about the price of the engine replacement, you will know that it might sometimes equal the depreciated price of the car. If you’re planning to make a major upgrade on your vehicle, you should be ready for the expenses. Having an engine rebuilt is attractive, yet it’s not something everyone can afford. That’s why it’s essential to figure out how much the engine replacement costs before you get started.

Depending on your location the price might differ significantly but in most cases, it will cost you around $4000. The service usually costs between $500 and $1500. However, the engine price starts at 500$ and can easily reach 5 digits in the case of supercars.

Getting a motor replacement is like rebuilding your automobile. Most of the vehicles are meant to be durable and an engine swap may be an unimaginable change for some of you. However, this is unavoidable trouble that many people face from time to time.

Is engine replacement worth it? 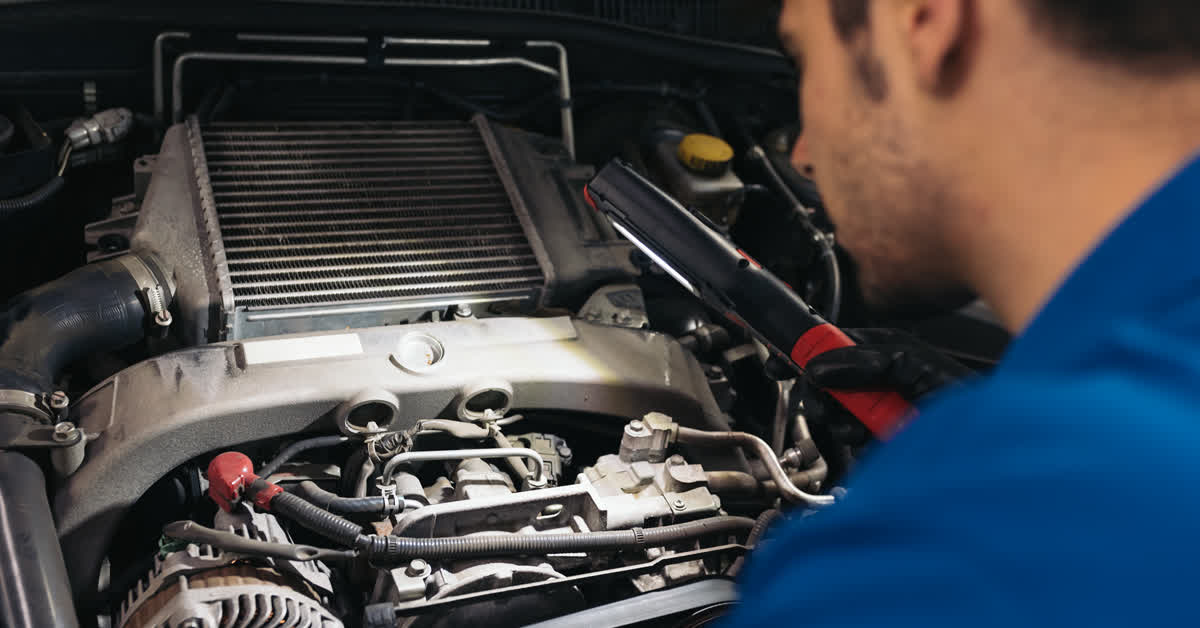 As in most cases, the answer to this question will depend on your goal and the willingness to pay a premium. Purchasing a high-quality engine from a reliable country is essential to get the benefits of this improvement. Consider how long you’re going to use the car and if it’s worth the price, by all means, go for it.

However, be aware that saving on such a crucial component can sometimes backfire. When it comes to cars, it is always worth making a higher initial investment and enjoying long-term benefits. If you admire your “Best Buddy” and find it unnecessary to buy a new car, it is definitely worth replacing the engine. Even though the answer to the question “does a new engine mean new mileage?” is no, it will give you the performance boost that you were hoping for.

What does an odometer measure?

Does a new engine reset the odometer?

It doesn’t matter what anyone says, the answer to the question “does a new engine reset the odometer” is definitely no. The odometer and the engine are two different parts of the car that don’t have any special correlation. This unique measuring component records the distance traveled down the road. Even though many people believe that putting a brand new engine resets mileage, it is just a misconception. The odometer counts the mileage of the car as a whole and not for the specific parts. If it did, we’d have a huge screen displaying the mileage of every component. Sounds quite inconvenient, doesn’t it?

Therefore, those willing to manipulate these seemingly useless digits seek new ways to change the mileage. They do so because they want to portray the role of engine replacement. Some even believe that a new engine equals a revitalized vehicle. Thus, they believe that it’s ethical to adjust the mileage figures manually. Whether it is ethical to change mileage figures or not has been a topic of debate for a long time.

Whether we agree with this concept or not, we can’t deny the fact that mileage still has a lot of influence over our decisions. You’ll have a hard time finding someone who doesn’t care about the figures on the odometer. We all want a car that is in good condition and we check the condition depending on the mileage.

But why is mileage so important? Manufacturers love portraying the expected life expectancy of their cars with mileage. Even insurance companies rely on the figures of mileage to charge you a premium. Although, mileage can simply be used for general assessment when the other factors are unknown.

Despite such an inconsistent nature of mileage, it is the most reliable figure that you will come across while buying a car from an untrustworthy/unfamiliar source. In most cases, it is impossible to alter mileage without being able to trace back such modification. However, those who exceed the widely accepted average mileage figures are eager to correct these digits by all means. For that reason, resetting the odometer is a common practice among the sellers.

How to reset the odometer after the engine swap?

If you’re wondering how to reset the odometer after the engine swap, you should know that there are multiple ways of rolling back the mileage. In most cases, mileage correction is easily traceable. However, that’s not true for every available tool. Odometer correction tools, also known as odometer rollback devices, are widely used to change mileage figures for multiple purposes. However, no odometer correction tool is untraceable.

Any technician can tell you with certainty whether the mileage is manipulated or not simply by using specialized computers. Basically, these tools affect the digits on the odometer but cannot do anything with the data recorded in the car. In other words, they can change mileage on the instrument cluster, but they can’t alter anything in the internal computers of the vehicle. If someone is naïve enough to buy a pre-owned car from an unfamiliar buyer without checking it, most likely they will trust the displayed digits. Similarly, some people are not aware of the characteristics that they have to look for when buying a second-hand car.

Those who want to remove the recorded mileage from all the memories without leaving a trace, use our mileage stopper tools (also known as odometer blocker tools). This module is a simple plug-and-play cable that prevents your car from recording miles or km while it’s active. It stops counting mileage in all the electronic control units, therefore, it offers untraceable performance. It doesn’t even require cutting or soldering of cables. However, the aim of our module is to use it in a controlled environment only for testing purposes. Be aware that using it to manipulate the mileage might lead to significant problems in many countries. Hence, use our module only to test the performance of your “best buddy”.

Is it ethical to reset odometer with new engine? 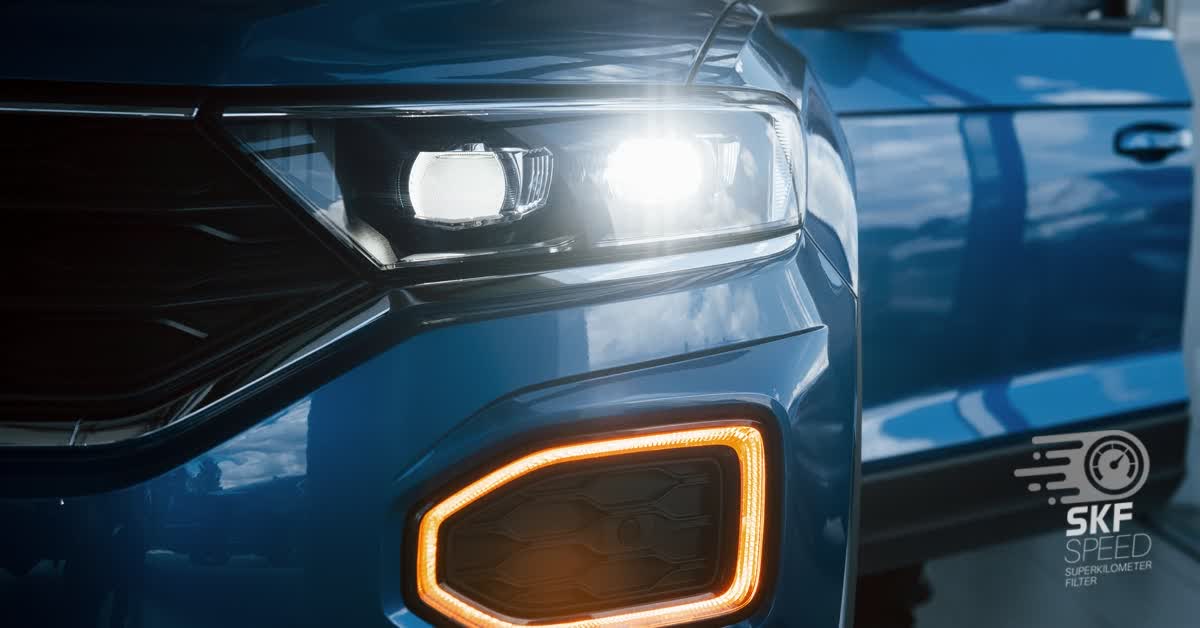 To put it simply, it’s not ethical to reset the odometer with a new engine. However, odometer correction isn’t a simple topic by any means. It’s always controversial, especially if we think about the intentions of the sellers. Yes, rolling back the odometer is truly unethical if the owner intends to deceive the new buyers. They have to disclose all the information that the buyer might be interested in.

However, there is a catch. Even if you install the new engine, you may have to sell your car for a lower price than those who keep their car in a bad condition but with the rolled-back mileage. Despite the unethical nature of this activity some people still consider mileage manipulation options to get the price for the automobile that they truly deserve.

We face such dilemmas daily. For instance, many animal lovers eat meat as they do believe that the activity of one person cannot change the world. Yes, if everyone thinks the same way, we may never overcome such dilemmas but sometimes short-term profit is much desirable. When you pay $5000 to install the new engine you cannot simply sell the car for $4000 because of high mileage. If you thought that the new engine would reset mileage, you may be encouraged to use a mileage manipulation device. However, you should remember that odometer tampering is considered to be fraud in many countries. Depending on local laws, you might face serious legal charges or fines.

Which other components are affected by the mileage?

Many people argue that besides mileage there are many other parts that you have to replace for the mileage to become irrelevant. Such components are transmissions, differentials, brakes, and suspension.

Even though mileage doesn’t directly affect some of these parts, it sometimes portrays the overall condition. However, in most cases, these components together might cost less than the price of a new engine.

Odometer fraud might be illegal in some countries. In the laws of your country, you may find a category that refers to a penalty related to using the rollback tool. This tool is in itself meant for unethical purposes and you will need to consider other ethical options and only use it in a controlled environment. Since you already know the answer to the question “if you get a new engine does the mileage change”, it shouldn’t be difficult to remain on the right side of the law.

How to check if the new engine performs at its best?

To make sure a new engine performs at its best, you can use the mileage stopper. There is no better source of information than personal experience. Check the performance of your car in the testing environment after installing the new engine and compare how it performs. Don’t compare the performance stats to the figures that manufacturers provided as they sometimes exaggerate them significantly.

As you have seen, mileage is a factor that every buyer is concerned about while buying a pre-owned car. You can even worsen the mileage figures if you test the performance without installing this unique module. Installing the Mileage Stopper is essential as you can alter the mileage that it would have recorded while testing. Purchase only the premium Mileage Stopper that you can use anytime you want to test your car’s performance. Be aware that many fraudulent websites sell seemingly flawless devices but fail to remove the mileage from the memory of the car.

Even though you know how to reset the odometer after the engine swap, you shouldn’t use the mileage stopper for this purpose. Some people do use this module with fraudulent intentions, however, this tool is only suitable for testing environments.

Now you know the answer to the question – “does a new engine reset the odometer?” An odometer is a separate measurement device that calculates the mileage of a car as a whole, not the mileage of the engine solely. However, many people tend to use the additional tools that alter the mileage simply to compensate for the upgrade. Even though it is illegal and you have to avoid it, by all means, it is still a double-edged sword for many people. Even if you thought that the new engine resets mileage and was disappointed with the result, consider using the mileage stopper tool to test the performance of your brand-new engine.