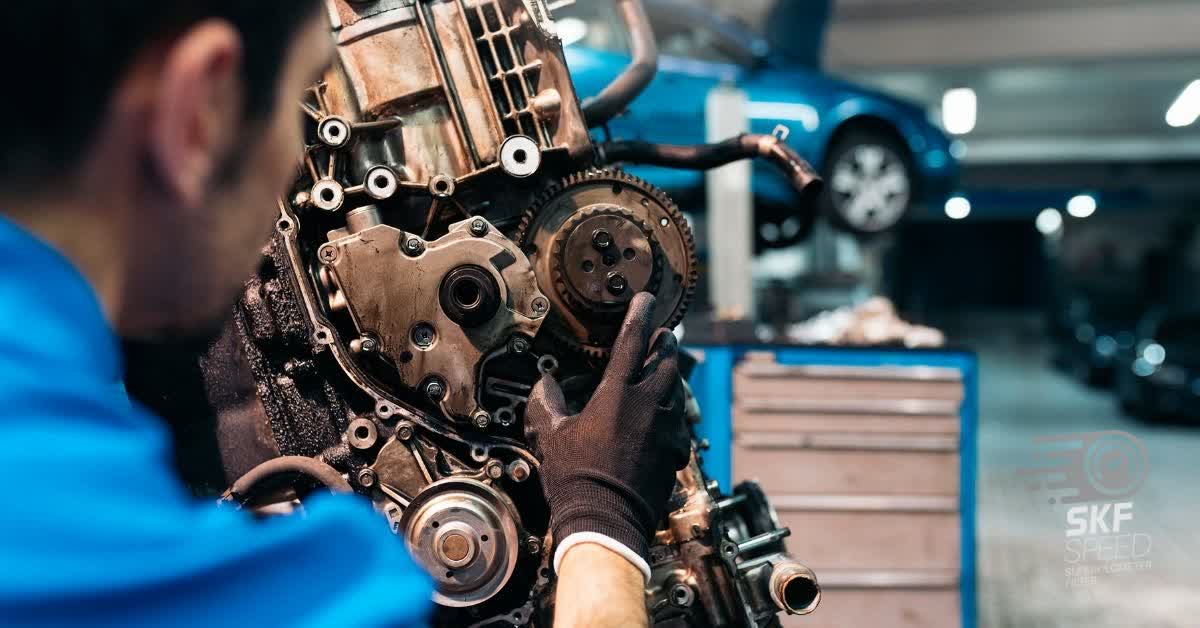 It’s a well-known fact that an engine swap is a great way to improve the performance of our vehicles. It can easily take your car to another level. Sounds intriguing, doesn’t it? But things aren’t always as glooming as they seem initially. Deciding on the engine replacement isn’t an easy one, especially if the old motor is still working.

Therefore, it’s important to analyze the drawbacks and benefits of engine swap. It’s also reasonable to look at the prices and figure out what your options are.

What is a motor swap?

A motor swap is a process of replacing the engine to improve the performance of the vehicle or to get the car running again. Motors are usually made to last, however, improper care and reckless driving can reduce their lifespan significantly. As one of the most vital parts of the vehicle, engines require regular maintenance.

Unfortunately, people tend to ignore the needs of their cars. When we hear an unusual sound or notice excessive emissions, we convince ourselves that these signs will go away on their own. But the truth is, we should never neglect such things. If you want to make your car last longer, you should certainly watch out for unusual signs.

Consequently, if you don’t even remember the date of the last service, the chances are the engine will break down sooner than expected. In the best-case scenario, the damages will be repairable. If not, you’ll have to change engine or the car itself.

But there’s another reason for replacing the motor. Some people want to boost the performance of their cars. They substitute their engines with something more powerful to achieve quicker acceleration and higher speed. Replacing the motor with a different one is certainly a difficult and time-consuming process. Naturally, it also contains a lot of risks.

Whatever your reasons may be, you should do your research before driving to the mechanic and asking for a replacement.

When should I change engine? 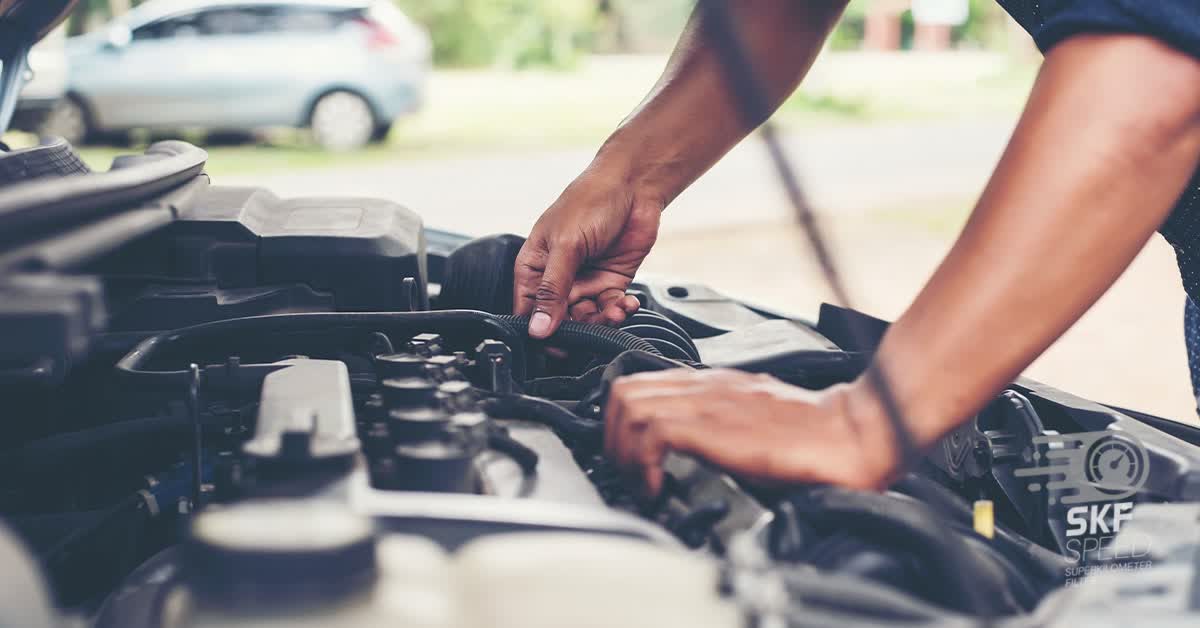 You’ll know it’s time to replace the engine if you notice loud and unusual noises, excessive emissions, or a sudden decrease in power.

Loud and unusual noises are usually a sign that the engine has serious damages. It means that the part that holds the moving parts is cracked, hindering the performance of the motor. If you check these issues soon enough, you might get away with repairs. But if you postpone the visit to the service, you’ll probably have to replace the engine.

Excessive emission could be a sign of various damages, including the engine. As soon as you notice a weird color coming from the tailpipe, you should pay a visit to your mechanic. It could be due to the coolant leaking to the motor, oil burning, etc. Either way, it’s important to check out what’s wrong.

A sudden decrease in power

A sudden decrease in the power of the engine is probably the most revealing sign of motor failure. If you notice that your vehicle isn’t performing as it was a week ago, you should probably examine the engine. Unfortunately, a sudden decrease in power means that the motor will die soon. In that case, it’s better to go for the replacement.

The benefits of the engine swap

A motor change can have significant benefits for the user. Even though it has its risks, these perks are quite hard to ignore.

Boosting the performance of the car

Replacing the engine is a great way to boost the performance of an older vehicle. You see, as your car starts accumulating more and more miles, it loses its power slowly. Eventually, you’ll notice that your vehicle can’t accelerate as quickly as it could before. If you replace the engine at this point, you’ll be able to return your car to its former self (if the rest of its parts aren’t ruined).

Enhancing the lifespan of your vehicle

A new engine can also increase the lifespan of the vehicle noticeably. If the rest of the auto parts are well-maintained, a motor replacement can certainly revive the car.

If the replacement you get is completely new, it will be covered with a new warranty. Yes, you’ll have to pay more for such a motor, but you’ll also benefit from long-term perks. A new warranty means that you’ll save money on motor repairs for at least 3 years.

One of the main advantages of engine replacement is the fact that it improves the characteristics and capabilities of the car. If you swap a mediocre motor with a powerful beast, you’ll achieve better acceleration and incredible power. This practice is quite common among automotive geeks. They’d love to install an engine on your ordinary car, no matter how many mounts and brackets it needs.

Replacing a smaller engine with a bigger one is certainly a difficult task. However, knowing how to prepare for this process can help you out. If you don’t know what you’re doing, let the professionals handle the replacement.

A motor replacement can actually increase the resale value of your car. Since the new engine changes the whole picture about the condition of the vehicle, it’s certainly a great selling point. However, if you don’t know how to sell a used car, even a brand-new engine won’t help you out.

The drawbacks of replacing the engine 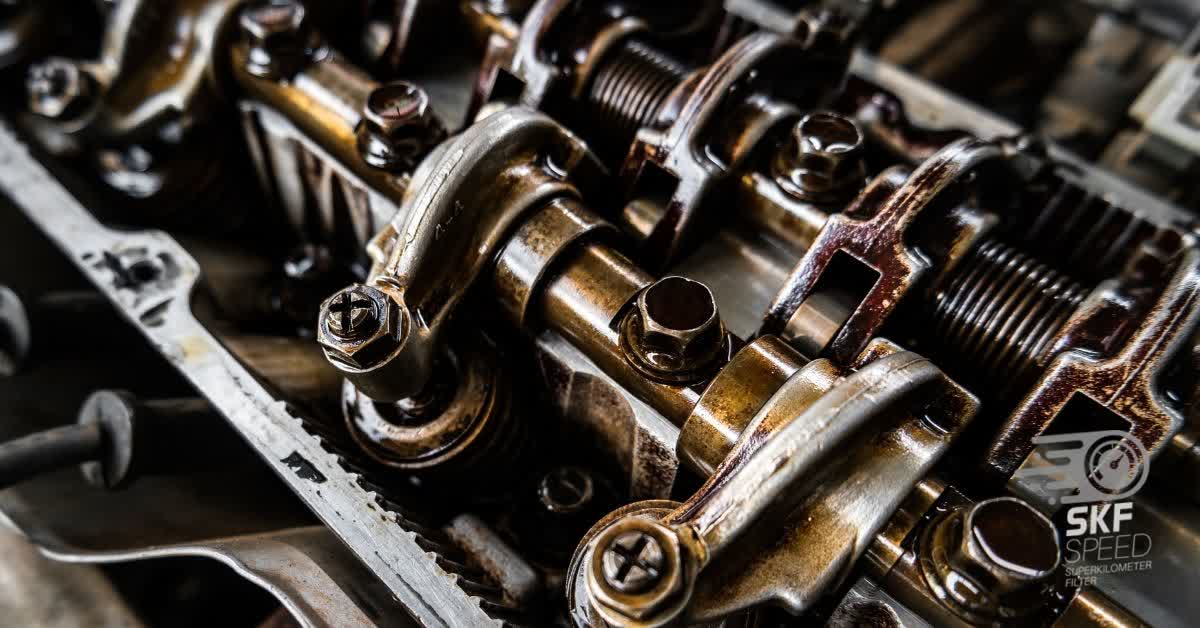 Naturally, motor replacement comes with its fair share of risks and drawbacks.

The engine replacement can be expensive

If you search “motor swap near me”, you’ll immediately see shops that deliver this service. Most likely you’ll also see the cost of motor replacement. I’ll be honest – it’s not a cheap adjustment. The price will increase even more if the installation requires some modifications. Therefore, if the mechanics can repair the engine, let them.

It can potentially damage your car

Engine replacement can essentially damage your car. If you do it yourself (without proper expertise) or let an unqualified “mechanic complete the task, the risks of damage will be quite high. If you don’t install the new engine properly, you might encounter transmission problems or other serious issues. For a functioning replacement, please, consult someone who knows what they are doing.

How much does the motor change cost?

Motor swap cost can vary, but the price will be around $3,000-$5,000 on average. The exact price depends on the engine replacement you select. If you get something similar to the original, you won’t have to pay that much. But if you choose a powerful motor and your car needs modifications, the price will increase significantly. You could also find an engine replacement kit on Engine Swap Depot.

The labor cost for engine replacement is around $50-$100 an hour, and this task can easily take up to 20 hours. I’m sure you can do the math yourself.

Since changing the engine is expensive, you should think carefully if your vehicle is worth it or not.

Should I change engine or the car itself?

It depends on your budget, the condition of the car, and the seriousness of the issue.

Namely, if your old vehicle is already in a poor condition, you won’t be able to revive it if you change engine only. Refurbishing all the parts will cost a lot of money, therefore, such a car isn’t worth the effort. In this case, it’s better to say goodbye.

If your vehicle is in good condition, changing the engine will certainly be less expensive than buying another car. A decent used vehicle that isn’t older than you will cost at least $15,000. That’s way more than $3,000 that you’ll need for the replacement.

Now, if you damaged the engine in an accident, getting a replacement isn’t the best decision. Yes, you’ll be able to have the car up and running, but reselling it won’t be an easy task. In fact, people usually hesitate to buy cars that have a replacement engine due to the accident. This can reduce the value of the car significantly.

Does the motor replacement affect mileage?

Motor change doesn’t affect mileage. There’s a common misconception that it does, but in reality, getting a new engine has nothing to do with existing mileage. You see, the part that records mileage is called Engine Control Unit and it’s separate from the engine itself.

It’s a computer that stores mileage information in its system. It’s responsible for many other tasks, but that’s the discussion for another time. One of its main features is the fact that it gathers data about traveled distance and sends it to the dashboard. That’s how we’re able to see total mileage on the odometer.

These numbers are incredibly hard to manipulate. Whether or not you’ll be able to remove mileage from control units depends on which tool you utilize. Engine replacement on its own won’t affect the mileage even slightly.

Why do people use mileage correction tools after engine swap?

Because they believe that a revitalized engine equals a newer vehicle i.e. they have the right to reset the odometer. However, things aren’t that simple. Manipulating mileage is a highly controversial activity and changing the engine isn’t one of its justifications.

Regardless, people still use mileage correction tools or the mileage blocker to change the numbers on the odometer. The former can reverse the miles, but its effects are easily traceable. The latter is an ethical device that can stop recording mileage without leaving a trace. Even though manufacturers designed it for testing and tuning purposes, people still use it for unethical reasons due to its beneficial features.

People usually manipulate mileage figures after engine replacement to benefit from the investment. If you think about it, would you spend $3,000 on a new engine and sell the car for $5,000 or less? I don’t think so. These sellers don’t want mileage to reduce the value of the vehicle and, as a result, they choose to take the matters into their own hands.

You should remember that using mileage correction tools for fraudulent reasons is unethical and can even be illegal. Since a mileage blocker is an ethical device, you can utilize it safely in a controlled environment. Avoid activating it on highways or public roads. Only employ it when you want to test the performance of your new engine.

Note: it’s important to buy a high-quality mileage blocker, otherwise, you won’t see the results that you expected.

As you can see, the decision about an engine swap isn’t an easy one. You have to consider multiple factors before you buy a new motor and install it in your car. In this guide, we underlined all the important details, provided the pros and cons of engine replacement, and indicated the cost of this modification. Good luck! 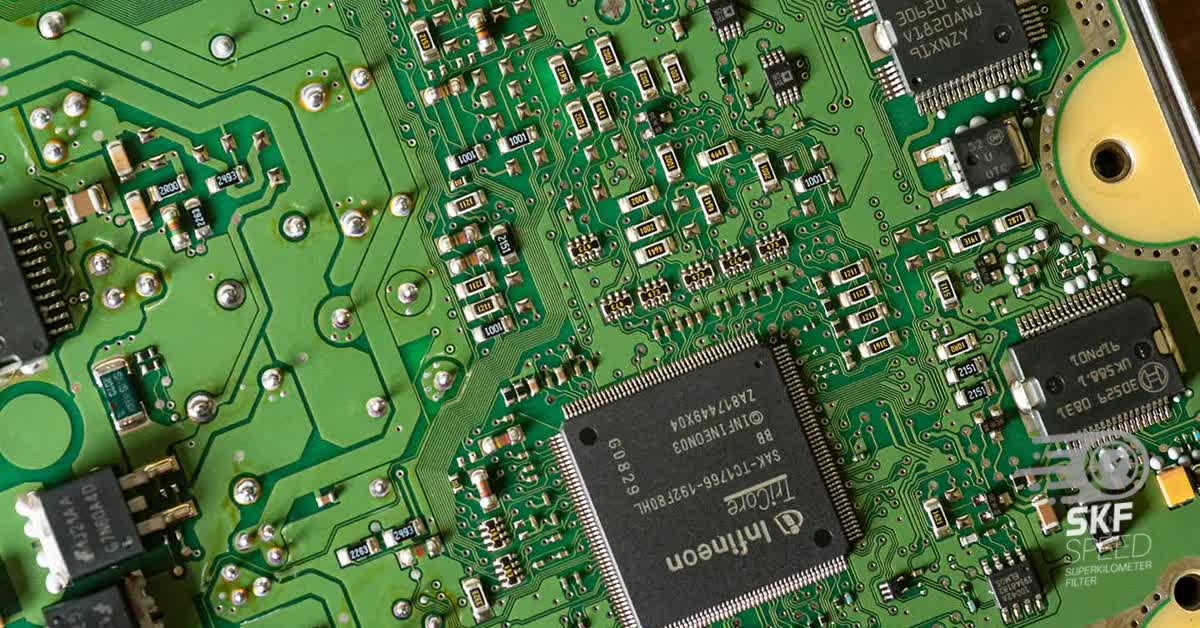 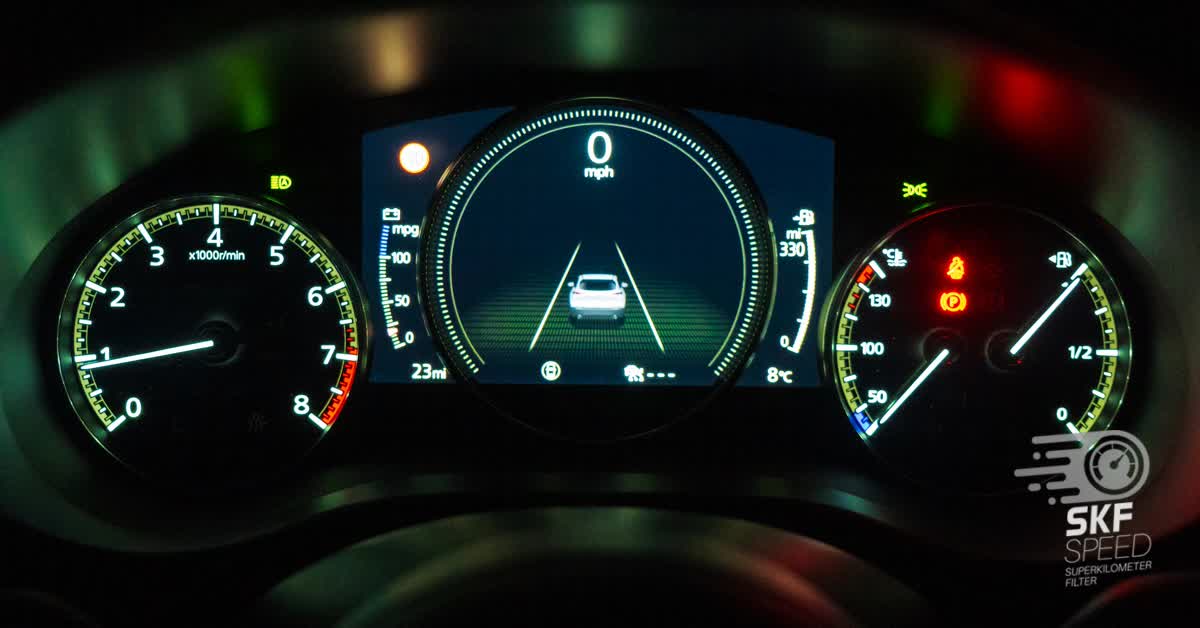 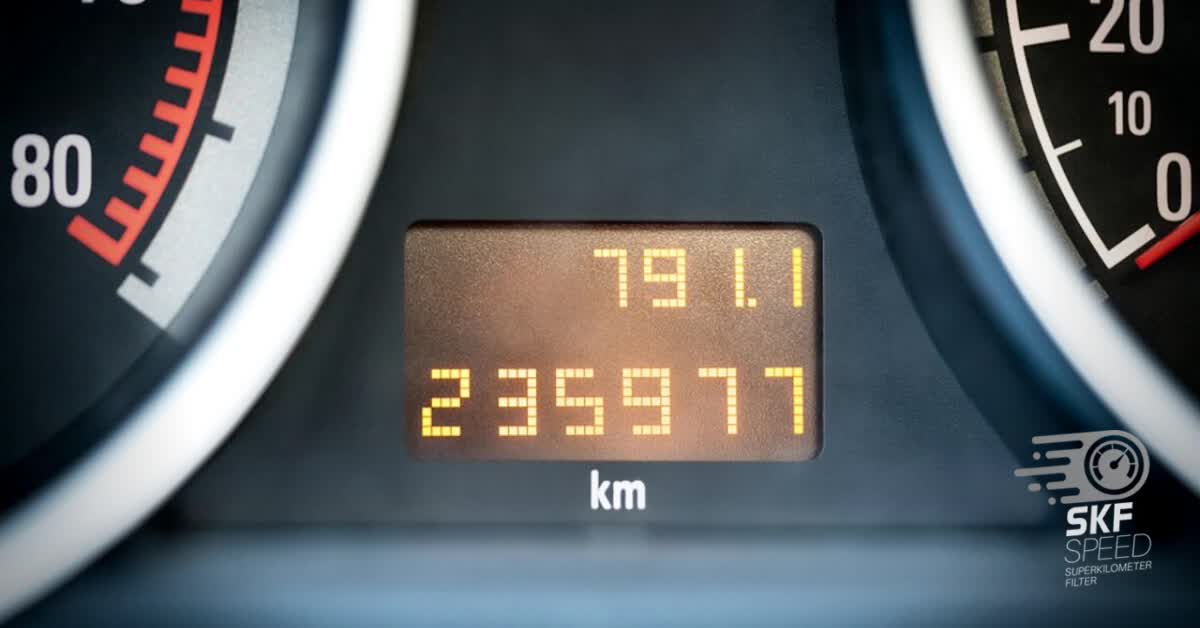 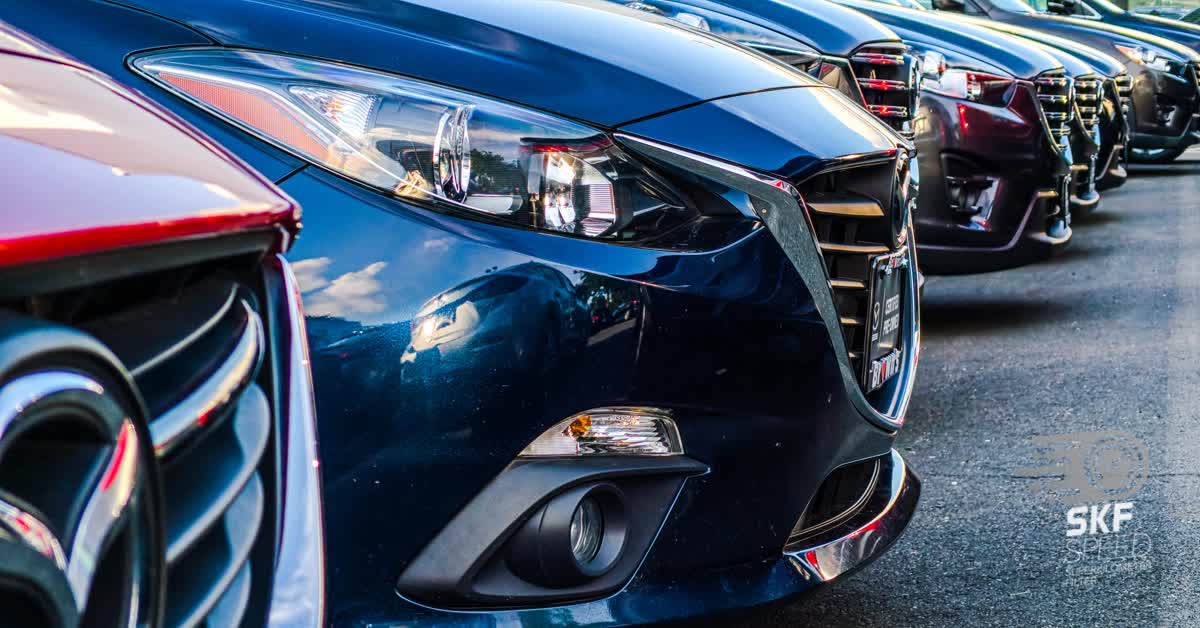 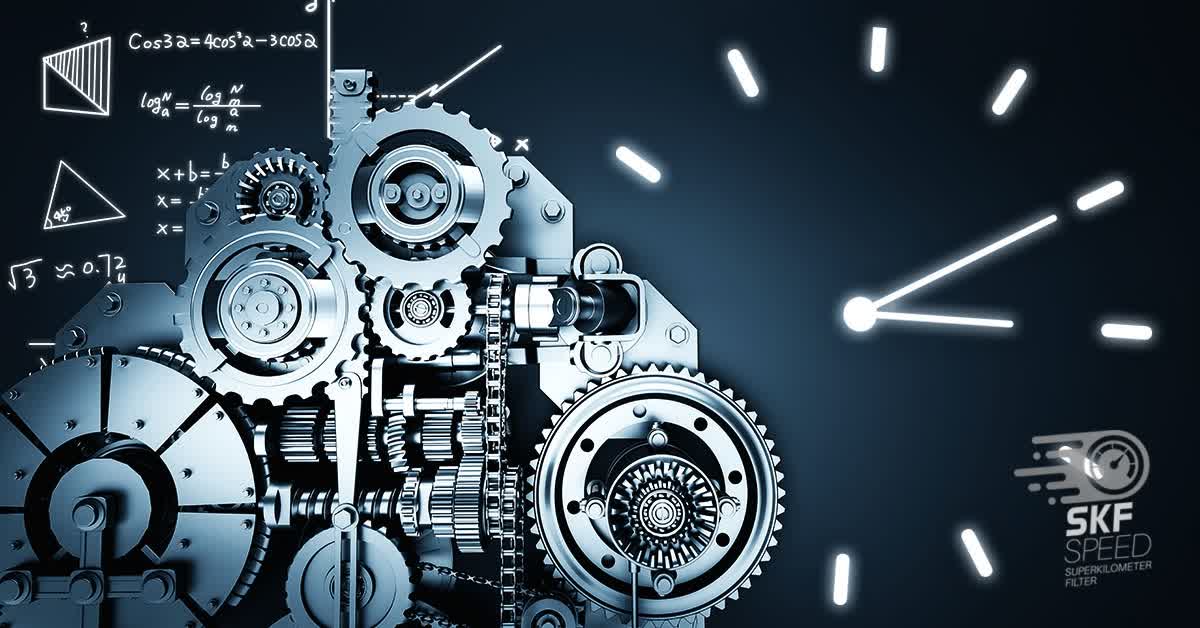 ENGINE HOURS – DO THEY TRULY MATTER? 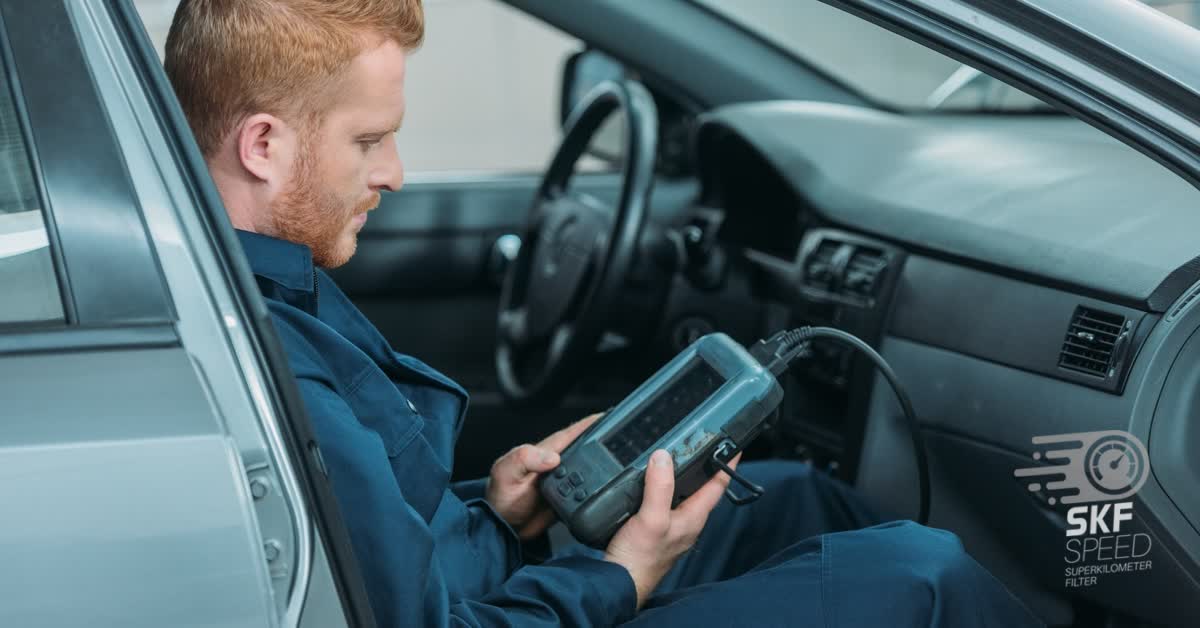 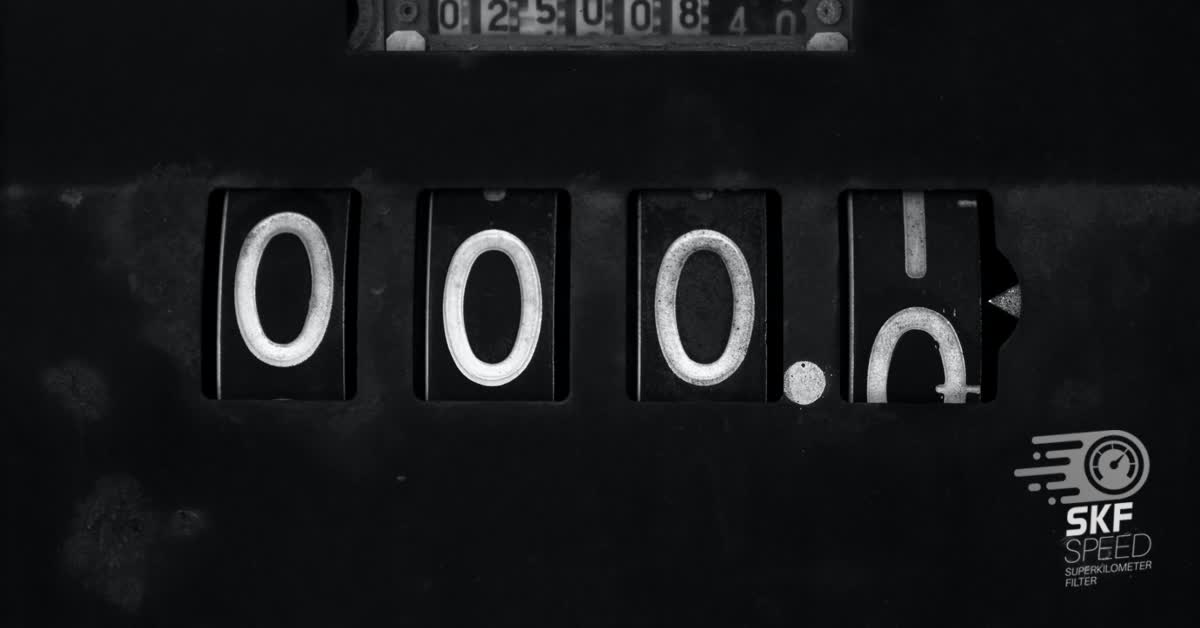 Accurate odometer reading – why it matters 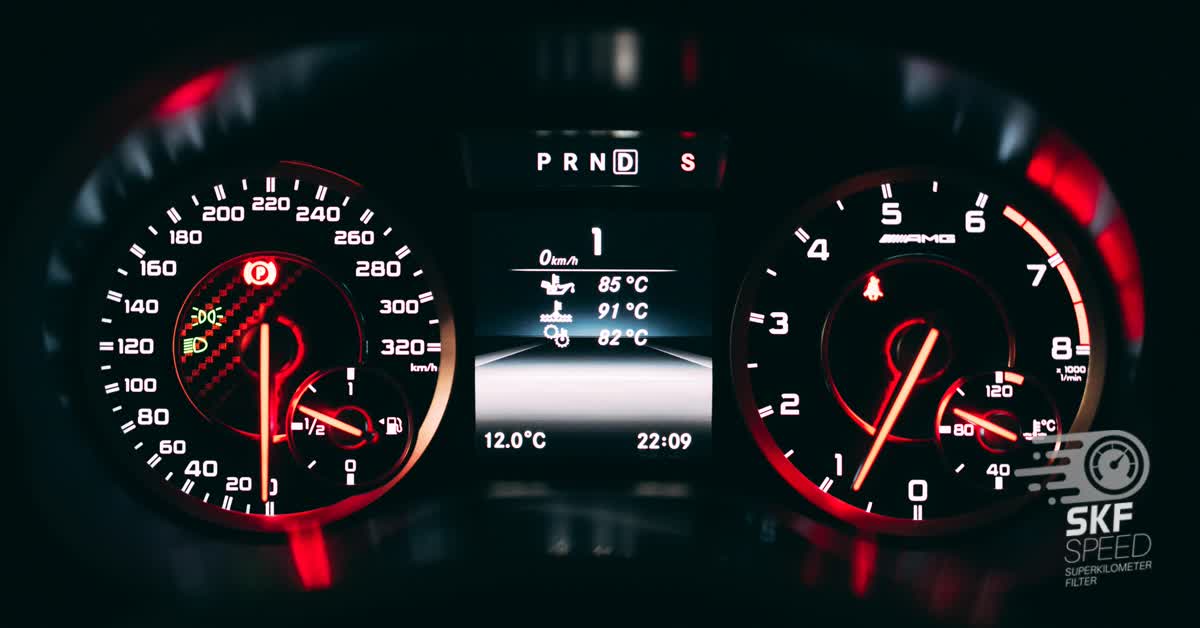